Congress can't make any law that regards any religion, that stops the freedom of speech or press, that prohibits the right to assemble
peacefully and the right to petition. Also, no state can make any law violating those rights. 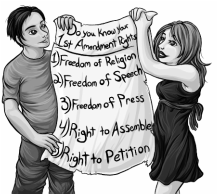 A maintained militia is needed for a state's security, so the right that people can have guns will not be violated. Civilians can have arms to protect and defend themselves. 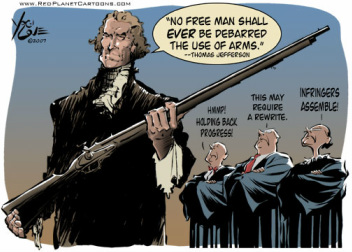 Soldiers can't live in a persons house without the consent of the owner during peacetime specifically. However, even during wartime soldiers must have the law on
their side to live in an US citizens home. 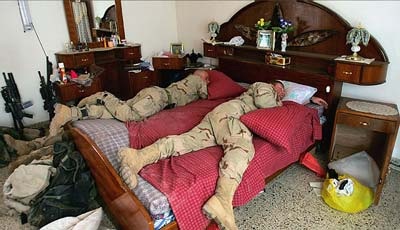 People have a right to havea private property that can't be searched without a warrant. A warrant is a document that says specifically what or who to be searched and lists specific reasons. 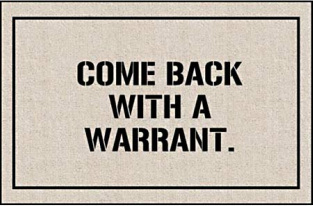 Nobody can be accused of a crime without a jury present, except in cases involving the millitary. A criminal doesn't have to testify against his/herself or lose his unalienable rights. Also, nobody can take his/her property without good reason or proper compensation.

Amendment 6 - Right to a Speedy Trial and Criminal rights:

A criminal can have a quick and public trial and know who accused him and why. He can have an attorney or counsel for his defence.

The middle section says: Grandma-What am I going to do!? I got arrested! Oh no! Plus, tommorow is grocery shopping day!! I can't go to jail! Child-Because of amendment six, you have the right to a speedy trial and public jury. It won't take long!
Amendment 7 - Trial by Jury:

Jury present if more then ^
Amendment 8 - Cruel and Unusual Punishment: 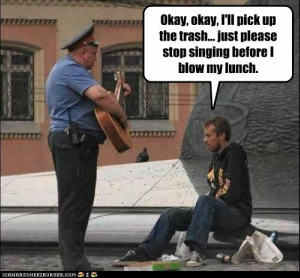 The rules that are currently made in the constitution, and the rules that will be made will not violate any rights that the people have. However, on federal property or if you are a minor then your rights are restricted. 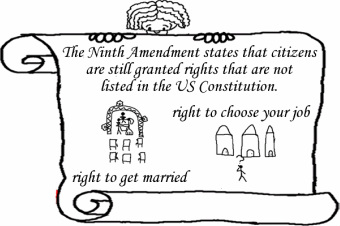 Amendment 10 - Powers of the States and People: